Note : This page covers the supported Jeyser architecture (ie based on Docker). Jeyser can also run without containers, however because the installation is harder and less secure, we won't cover it here.

Jeyser relies on Docker to create a standard layer to install itself. Here is a picture of all Jeyser containers and their use. 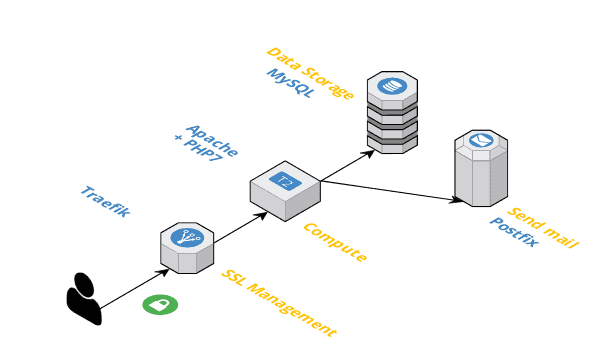 As detailled in the docker-compose.yml we have :

This is were Docker shines, we configured the environnment once, and you just have to use it, it will work the same. That container also contains PhantomJS installed, to export gantt chart for your doctypes.

Here are some basics for anyone not used to Docker.

Get access to Jeyser logs : docker-compose logs you can add a container name after logs if you want to see logs from a specific container.

If something is not working as expected, begin with a docker-compose restart. You can restart a specific container if you specify its name after restart.

You can also help us improving the documentation of this page.